CBD and Stress – Giving Your Endocannabinoid System a Boost 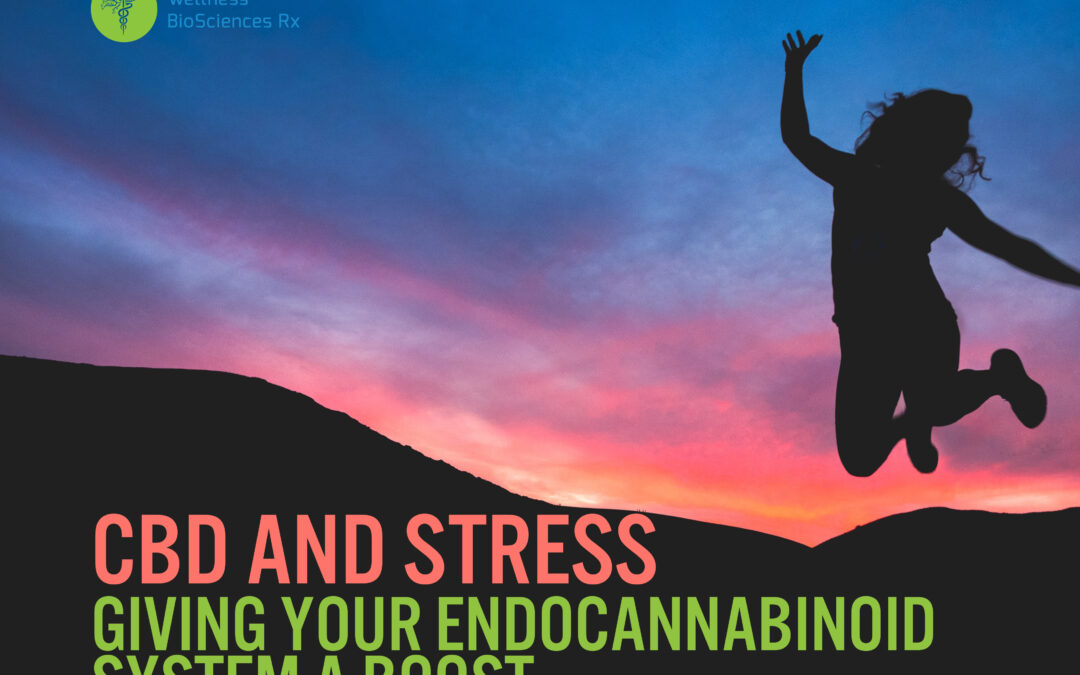 I’m stressed. There I said it. Almost three months into this global pandemic and my nerves are getting rather frayed at the edges.

In general terms I’ve been lucky – I’ve not been ill, nor has anyone in my immediate circle. And, unlike many others, at this point I’m not struggling to pay my rent. But lockdown is definitely taking its toll on my inner world as well as my outer. I’m pretty sure I’m not alone in feeling this way and it is no doubt why only last month the World Health Organization announced the gloomy prospect of an impending, pandemic-related mental health crisis.

Psychological stress from any source is known to increase the chances of depression and anxiety. It’s possible, though, that the stress stemming from coronavirus lockdown may come with its own mental health challenges. Indeed, in a strange parallel to our current corona-normal, one method researchers employ to recreate chronic stress in the lab is to subject animals to repeated restraint.

Unsurprisingly, the stress caused by restraining rodents (and most probably humans) eventually sends them into a state of depression. It also causes a significant drop in anandamide – the ‘bliss endocannabinoid’ – in the corticolimbic brain regions.

This shouldn’t be a surprise as chronic stress is known to impair the endocannabinoid system (ECS), making us more vulnerable to illness, both mental and physical.

Could my recent emotional dip (and no doubt one shared by millions of people around the world) be partly explained by an endocannabinoid system slowly depleted after three months of confinement? And if the answer is yes, should we all be taking proactive steps to support optimal endocannabinoid function?

To see whether my theory has any validity, I decided to speak to someone with a deeper understanding of our ECS – and who better than neuroscientist and friend of Project CBD, Greg Gerdemen, PhD.

THE ENDOCANNABINOID SYSTEM AND STRESS

“The physiological stress response throughout the brain and endocrine system seems to be modulated by the endocannabinoids,” explains Dr. Gerdeman. “When you have a high amount of stress and you get that fight or flight response. Endocannabinoids going up in certain key brain areas, like the thalamus and the hypothalamus, are part of what turns that stress response off.”

Chronic stress is known to impair the endocannabinoid system (ECS), making us more vulnerable to illness, both mental and physical.

In basic terms, when functioning optimally the endocannabinoids anandamide and 2-AG activate cannabinoid receptor signaling throughout the body, which helps us adapt to stress and keeps us physiologically within the parameters of healthy homeostasis.

“Animals learn to get past traumatic fear using endocannabinoid signaling,” says Gerdeman. “The very perception of threat is in some way sort of gated by endocannabinoids like a safety switch on a fire alarm. Animals with a higher anandamide level in the amygdala, an area of the brain’s fear center, are less reactive to threat. And if you put a human being in an MRI brain scanner and give them a low dose of THC, those brain areas will be less hyper-reactive to fear of threatening stimuli. The neuroendocrine, physiological circuit of stress is regulated at every point by this endocannabinoid system.”

It’s possible then in our current, much-reduced COVID-19 worlds, rather like the physically restrained rodent, depleted endocannabinoid levels could make us more reactive to the threats, perceived or otherwise, around us.

Lower than normal endocannabinoid levels are also commonly found in the collection of diseases such as fibromyalgia, irritable bowel syndrome, and migraines coming under the umbrella of Clinical Endocannabinoid Deficiency.

Unfortunately, measuring levels of endocannabinoids is no easy task as these compounds are generally produced on demand and are broken down rather quickly once their work is done.

Assuming we’re all probably a little endocannabinoid-challenged at the moment, there are various ways of moving from deficient to balanced.

“The cannabis plant is nature’s queen of supporting the endocannabinoid system.”

Readers of Project CBD are likely familiar with the cannabis plant’s unique ability to interact with and support the endocannabinoid system. Indeed, without the cannabis plant, the ECS might not have been discovered in the first place.

As Dr. Gerdeman explains: “The pursuit to understand how cannabis works led to the discovery of the receptors that THC and other cannabinoids interact with, especially THC. And that led to that first ‘aha’ moment because these receptors are all over the brain. I mean, our brains are exquisitely wired to be responsive to cannabinoids.

GET IN TOUCH WITH YOUR INNER HUNTER GATHERER

While consuming cannabis is certainly a direct, efficacious route to giving our ECS a boost, it’s not the only way. If we dig a little deeper into the role the ECS has played in our evolution as a species, we find a few clues on how else we can maintain endocannabinoid health. Read More from Projectcbd.org at the link below.