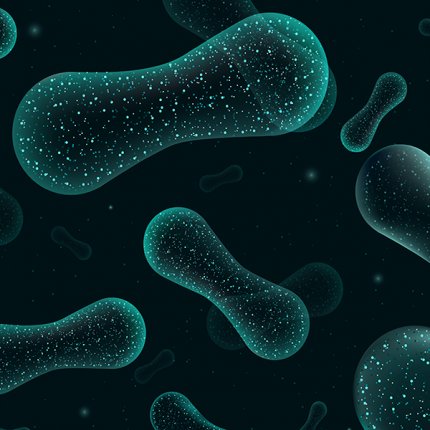 Living inside and on each of us is a vast population of bacteria, fungi, protozoa, and viruses. Cumulatively, the microbiome includes as many cells as the human body and encodes 100 times more genetic material than the human genome. Up to 1,000 different species of bacteria live in the gut alone.

With this knowledge has come the realization that the microbiome is a key player in human health, affecting everything from mood to metabolism. Microbiota inside the gut – a hollow tube extending from the esophagus through the intestines to the anus – play a huge role in human disease. Disturbances to this system, also known as the gastrointestinal or digestive tract, have been associated with obesity, cancer, and neurodegenerative disorders such as Parkinson’s and Alzheimer’s disease.

How it all works is a subject of ongoing scientific inquiry, one whose central discoveries have been widely publicized in popular and mass media in recent years. Yet there’s an important aspect of the link between human health and the microbiome that has received almost no attention outside the often obscure world of scientific journals: the role of the endocannabinoid system (ECS).

Current thinking suggests that the ECS serves as a sort of bridge between bacteria and the body itself, including the brain, relaying signals back and forth in a symbiotic, mutually beneficial relationship. At least that’s how it should be – but chronic imbalance or impairment of the gut microbiome, also called dysbiosis, can harm physical and mental health.

In the most basic sense, humans and other animals influence the “bugs” in their gut primarily through their diet, including the intake of so-called probiotic foods that promote a healthy microbiome. These bugs in turn help break down food and make nutrients more available to the body. We provide them sustenance and an amenable place to live, and they help us extract as much nutrition as we can from food in the digestive tract.

This in itself is awe-inspiring. But it also turns out to be incomplete. Groundbreaking research has shown that we also impact our gut microbiome through not only exercise and certain pharmaceuticals but also the consumption of cannabis, all via the common path of the ECS.

Interactions between gut microbiota and the endocannabinoid system were first explored in 2010. A Belgian research team showed that altering the gut microbiome of obese mice through prebiotics, foods that promote the growth of beneficial bacteria, altered ECS expression in fat tissue with implications for lipid metabolism and fat cell formation.

More evidence came in 2015, when researchers in Canada administered a daily regimen of tetrahydrocannabinol (THC) to mice sustained on a high-fat diet. Gut microbiome health in these animals improved after 3 to 4 weeks to more closely resemble that of animals fed a healthy, balanced diet.

The ECS serves as a bridge between bacteria and the body itself, including the brain, relaying signals back and forth in a symbiotic, mutually beneficial relationship.

Few studies have investigated the effects of cannabis use on the human gut microbiome, but in 2017, researchers found key differences among 19 lifetime users and 20 non-users. Cannabis users possessed bacteria populations associated with higher caloric intake but lower BMI, though diet was thought to also play a role.

Scientists are still trying to understand the details. But evidence is accumulating that the endocannabinoid system interacts directly and bidirectionally with bacteria in the gut, influencing the activity and makeup of the microbiome while simultaneously helping to transmit its messages to the body and brain. What’s more, microbiome health may be modified and even improved through plant cannabinoids, including both THC and cannabidiol (CBD), as well as through the body’s own endocannabinoids, anandamide and 2-AG, whose production is stimulated through exercise and the consumption of certain foods.

Just as the makeup of our microbiome depends on more than diet, the bacteria living in our gut do more than simply break down food. They also help regulate the epithelial barrier, a critical protective layer lining the interior of the long, narrow “tube” we call the gut or gastrointestinal tract. How do they do it? At least in part through interactions with the ECS, especially CB1 cannabinoid receptors, according to a pioneering 2012 study whose implications are still being sorted out.

The epithelial barrier plays a hugely important role in maintaining overall health and warding off disease, says University of Calgary professor and researcher Keith Sharkey, who has studied the gut for decades and, more recently, both the microbiome and the ECS. He also served as senior author of the aforementioned 2015 study in which THC was administered to mice.

“The epithelial barrier is very crucial to maintaining what we call homeostasis, or the normal body’s functions,” Sharkey says. “The control of that fine lining is extremely carefully managed by the body. We have developed as mammals this very intricate control system, which prevents damage or quickly repairs damage, to prevent further erosion of our bodies. The bacteria we have in our gut contributes to that system. And it seems that the ECS is a very important control element.”

Sharkey is currently leading research to confirm whether CB1 receptors play a role in the acute regulation of epithelial barrier function. Preliminary evidence supports this hypothesis, he says.

Though he isn’t investigating concurrent changes to the microbiome, a link would make sense given that gut bacteria interact extensively with the epithelial barrier. “We live in a mutualistic symbiotic relationship,” Sharkey says.

This all points in a predictable direction. If the ECS communicates with both the gut barrier and the microbiome, whose health is essential to human well-being, and we know we can manipulate the ECS through diet, exercise, and cannabis-derived compounds, might there be other ways to target the microbiome through the ECS in order to achieve specific health outcomes?

It’s a question the pharmaceutical industry has been actively investigating, says Cris Silvestri, a professor at Laval University in Quebec and the Sentinel North Partner Research Chair on the Microbiome-Endocannabinoidome Axis in Metabolic Health. Though no drugs have yet been developed for this purpose, Silvestri says the fast-growing field could start producing answers within the next five years that will point directly to pro- or post-biotics that can be used to tweak the gut microbiome via the ECS.

Groundbreaking research has shown that we impact our gut microbiome not only through diet, exercise, and certain pharmaceuticals, but also through the consumption of cannabis, all via the common path of the ECS.

In fact, Silvestri and colleague Vincenzo DiMarzo say they’re already working with a pharmaceutical company on related research – though they can’t provide any details. Silvestri was, however, able to discuss another research project under development with the Quebec government, which is hoping to learn more about interactions between cannabis and the gut microbiome following Canada’s legalization of cannabis edibles earlier this year, Silvestri says.

Silvestri is also involved in two additional studies that will shed more light on this complex relationship. One is investigating effects on the gut microbiome of genetic modulation of the ECS, which increases 2-AG levels and suppresses CB1 activity in treated mice. This builds on research published in January 2020 by the same team showing that experimentally controlled alteration of the gut microbiome resulted in significant changes to gene expression and signaling within the endocannabinoidome, a broader system of receptors, enzymes, and lipid mediators related to the ECS.

The other current study looks at ECS levels in the brains of so-called germ-free mice, which have no microbiome, and associated impacts on behavior and anxiety. It also evaluates effects on both after the introduction of a microbiome through a fecal microbiota transplant.

“The hope is that there will be therapeutic applications in the end,” Silvestri says. “The drive comes from being able in the future to harvest the functionality of these bugs to improve human health.”

A cannabinoid science lab led by Prakash Nagarkatti at the University of South Carolina is also pioneering investigations into the ECS, the gut microbiome, and disease. It may even have found a clue for treating one of the most harmful complications of COVID-19 in some patients.

In a June 2020 study published in Frontiers in Pharmacology, Nagarkatti and colleagues demonstrated that administering THC to mice affected with a form of acute respiratory distress syndrome (ARDS) could stop the condition in its tracks.

A severe consequence of the runaway immune response known as a cytokine storm, ARDS occurs in a small percentage of COVID-19 patients but is often fatal. Read More from Projectcbd.org in the link below
Read More