CBD DENTISTRY – What Role Can Cannabinoids Play in Oral Health 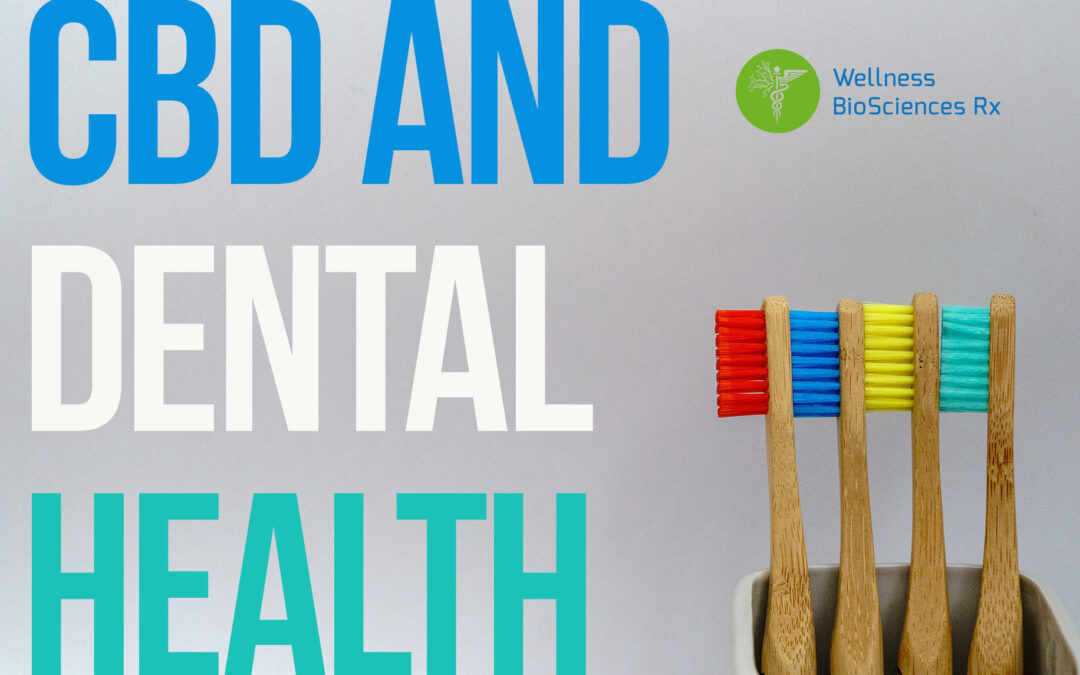 Oral health is an essential part of overall hygiene and well-being. Poor oral hygiene can lead to cavities, gum disease, and gum infection, which, if left untreated, can lead to systemic inflammation. Recently, a number of dental products containing cannabidiol (CBD) and other plant cannabinoids have been introduced to the marketplace. While we’ve seen plenty of outlandish products of dubious benefit (such as CBD-infused pillows and sportswear) come to market lately, CBD products may actually have a promising future in oral health.

When one talks about cannabis therapeutics, oral health has not generally been a topic that figures in the discussion. But recent data suggests that cannabinoids could become a staple in the dental field in the years ahead. Several toothpaste manufacturers have taken note of research showing that CBD and other plant cannabinoids have antimicrobial properties relevant to dental care.

Colgate has already purchased a company that produces CBD infused toothpastes and mouthwashes.

A 2020 study conducted by researchers in Belgium showed that cannabinoids were more effective in reducing the bacterial colony count in dental plaques as compared to well-established synthetic oral care products, such as Oral B and Colgate. To demonstrate this, the researchers recruited sixty healthy adults and arranged them into six different groups based on the Dutch periodontal scoring index (DPSI) representing different levels of gum health.

CBD products may have a promising future in oral health

Samples of plaque were collected from intradental spaces between their teeth, and the samples were then plated on two separate Petri dishes. Four divisions in the dishes were then made, and on each section, cannabinoid (12.5%) or toothpaste (undiluted) was spread/streaked on the surface of the agar plate using microbrush applicator. On Petri dish A, a combination of four plant cannabinoids – CBD, cannabichromene (CBC), cannabiniol (CBN), and cannabigerol (CBG) – were used.  And on Petri dish B, cannabigerolic acid (CBGA), Oral B, Colgate, and Cannabite F (a toothpaste formulation of pomegranate and algae) were used. The resulting bacterial colony count was much higher in the Colgate, Oral B and Cannabite F treatments, whereas significantly less colony count was observed in all the cannabinoid treatments.

In a subsequent study, the same group of researchers demonstrated that cannabinoid infused mouthwashes containing CBD and CBG at <1% (that did not contain alcohol or fluoride) were as effective as 0.2% chlorhexidine mouthwashes in reducing dental plaque. This is both an intriguing and important finding since chlorhexidine mouthwashes are currently considered the gold standard in the field of dentistry for plaque reduction. This second study followed a similar design as the previous study, recruiting 72 healthy adults and placing them in different groups based on their DPSI scores and subsequently harvesting and plating plaques from intradental spaces in each patient. Zones of microbial inhibition were measured to compare the efficacy of each product.

Based on these findings, it appears that cannabinoid formulations produce desirable results, perhaps even more so than traditional chlorhexidine mouthwashes, which have a propensity to stain teeth when used with regularity. Click Below to read more.